The short answer is no.

The only thing you can do to increase your chances are:

Even when you would win the jackpot your reward for having picked the right combination is far less than the odds of picking it. This holds true even for matching a smaller combination like for example 2 out of 5, 3 out of 6, and so on… in any case your reward for having picked a partially or fully matching combination is ALWAYS smaller, than the odds of picking it, so depending on how much you invest in lotteries from your income, the mathematical outcome is called ‘gambler’s ruin’: chances are far more likely you’ll lose than win.

There is however a mathematician (Mandel) who ‘beat’ the lottery, but he didn’t do it by predicting outcomes, he simply played ALL the possible combinations, when the jackpot due to roll-overs was high enough to cover the cost for playing all the combinations.

Other players, for instance Lustig won several times but refused to give details on how much they invested OR they were part of lottery pools and syndicates.
In a Lottery-pool people agree to split the cost of playing and if they win prizes, to divide the winnings amongst the pool.
So, if a pool of for instance 100 people play 10.000 combinations or more per draw of course they increase their chances of winning a major prize or jackpot in the long run.

Many of these winning ‘stories’ have been taken totally out of context or were simply an excuse for marketing dodgy books like the one from Lustig, which by the way has already been investigated by a qualified mathematician and was simply proven as nonsense when it came to prediction.

Odds to win the lottery, depending on the type of lottery you play range from 1 in a couple of millions to over 1 in 100 million (depending on if you’re playing a match 5, 6, 7 or 8 combination and the total amount of numbers in your draw).

If there were any real winning strategies on lottery, well then any of us with some statistic and mathematical skills would simply use those strategies to win it.

The reality is sometimes a jackpot can roll-over for weeks or even months and it should be your best proof there are NONE serious good winning lottery strategies, otherwise on each draw there would be multiple winners who simply applied the ‘magic’ formula.

Some people are simply more ‘lucky’ than others or most often they simply buy far more tickets for instance by being part of a Lotto-pool. In that case you increase the amount of combinations you play, but you’ll need to divide major prizes with the amount of players in the pool. The only other logical solution to winning the lotto for sure is simply play all the combinations, provided the jackpot price and those of partial matching combinations is higher than the cost for playing all the combinations.

If for instance you buy 20 tickets each week instead of one, mathematically your chance to win the lottery has increased 20 fold (but compared to all the mathematical possibilities of a lottery, your chances to win would still be dismal). For instance if you play 20 tickets each draw on a lottery which has 100 million possible combinations, effectively your odds are 20 to 100 million to win the jackpot (the latter number is depending on which type of lottery you play).

If you play the same combinations again and again sequential probability increases draw by draw, simply because each combination in a lottery will eventually be drawn.

The mathematical ‘law of large numbers’ states if all chances are equal on each draw (for instance the probability for a lottery ball to drop or not drop in any given draw), the end result in the long run (think millions of draws) will simply be that the appearance of every possible combination will hover around the average.

So, on the one hand, there is hope: if you play the same combinations again and again eventually one of them will be picked, but due to the gigantic amount of combinations in each lottery it could take years, centuries or even millennia before any of your specific combinations will appear and this can not be predicted when it will happen.

Suppose in one week there are two draws of your lottery. This means each year 104 draws and there are over 20 million possible outcomes, well you can already figure out how many years it would take on average before your combination is drawn.

Some people think some combinations are more likely than others. This is a logical mistake. For instance, some people think a combination like 1 – 2- 3 – 4 – 5 – 6 is less likely to be drawn than for instance 1 – 7 – 13 – 31 – 38 – 40 which is more equally distributed considering there are 45 numbers. Well, neither of them have ever appeared in Belgium lottery (and Belgium lottery is over 30 years in existence).

Psychologically as human beings, we tend to search for patterns or even see patterns in random events (like a lottery).

The only reason why I wouldn’t recommend playing a straightforward sequence combination like 1 – 2 – 3 – … is because people are more likely to play it so the chance you’ll have to split the jackpot is higher. The same goes for playing birthday dates (a month only has 31 days and there are only 12 months so all numbers up to 12 and 31 are statistically far more played than numbers above 31).

A lottery is mathematically an independent trial gambling game.
Meaning: one can not use previous outcomes to predict future outcomes.

Of course there are all kinds of people who claim you can use some statistical software programs to increase your chances and I even examined some of these out of curiosity like the software from Gail Howard and Lottery Pro, and although these tools might be convenient if you want to access an international lottery database for statistical analysis, their prediction capability is simply useless and not any better what so ever than playing a random quick pick or picking your combinations.

Just to make sure, I even simulated playing predicted number combinations by Gail Howard versus playing numbers purely at random: there was NO statistically significant difference in hit-miss ratio. The only difference is the first will cost you extra money to purchase the software, the second method, picking numbers you fancy or quick pick is free. The odds you’ll win or lose are the same.

One could even argue because prediction software tends to pick different numbers for each draw you might even reduce your odds because eventually each combination will be drawn in a lottery.

You can compare this with throwing a dice: the best thing you can do when someone would ask you to ‘predict’ which number will appear on the next dice throw is to simply pick a number at random and then for each trial pick the same number.
Eventually, the number will appear. If you pick a different number on each trial, your sequential odds of prediction are even slightly less. So what I’m saying is: if you want to play the lottery, just pick any combination you fancy and stick to it, but be fully aware it can take a lifetime or even centuries, in the worst case even millennia before it will finally appear.

The developers of prediction software and books make money by selling hope, not by winning the lottery themselves. They use all kinds of complex but essentially useless analysis. It may look fancy to someone who doesn’t have a clue about probability or stats, but there is simply no benefit in terms of odds to all this analysis or to increase your hit-miss ratio, no matter how complex you make it.

Not one software developer regarding lotto prediction has ever proven their statistical analysis would allow for a better hit-miss ratio. People who claim they can predict a lottery are merely cashing in on hopes of people like one would sell a cough medicine to someone who has cancer.

Eventually, you will win it, but it can even be several millennia from now or tomorrow: so huge is the number of combinations in a lottery. 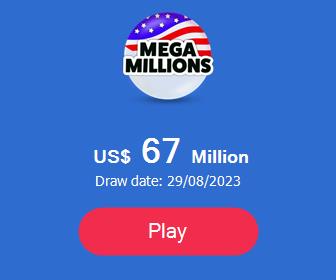